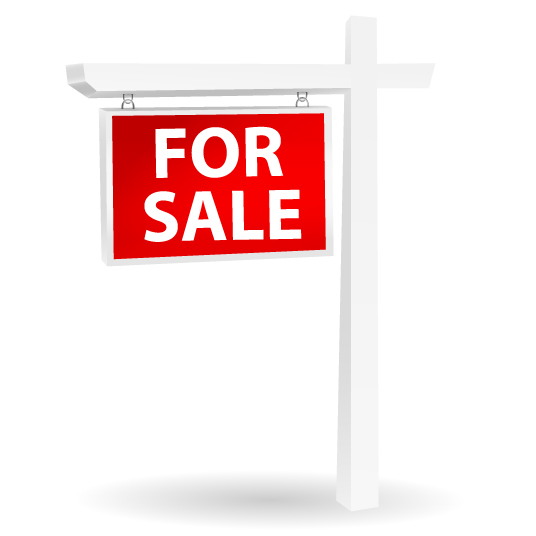 The housing market followed an unfamiliar path in 2020. Following the steep COVID-induced drop-off in demand during the spring, home sales roared back to record levels throughout the summer and fall. A strong economic rebound in many sectors of the economy, ultra-low borrowing costs and the enhanced use of technology for virtual open houses and showings fuelled and sustained the housing market recovery.

Toronto, January 06, 2021 - Despite an unprecedented year due to COVID-19, including necessary public health restrictions and uncertainty surrounding the economy, Greater Toronto Area REALTORS® reported over 95,000 home sales in 2020 – the third-best result on record. The average selling price reached a new record of almost $930,000.

“The Greater Toronto Area housing market followed an unfamiliar path in 2020. Following the steep COVID-induced drop-off in demand during the spring, home sales roared back to record levels throughout the summer and fall. A strong economic rebound in many sectors of the economy, ultra-low borrowing costs and the enhanced use of technology for virtual open houses and showings fuelled and sustained the housing market recovery,” said Lisa Patel, Toronto Regional Real Estate Board (TRREB) President.

The average selling price reached a new record of $929,699 – up by 13.5% compared to 2019. This included an average price of $932,222 in December – a year-over-year increase of 11.2%. The strongest average price growth was experienced for single-family home types in the suburban regions of the GTA.

After a pronounced dip in market activity between mid-March and the end of May, market conditions improved dramatically in the second half of the year, with multiple consecutive months of record sales and average selling prices.

“While the housing market as a whole recovered strongly in 2020, there was a dichotomy between the single-family market segments and the condominium apartment segment. The supply of single-family homes remained constrained resulting in strong competition between buyers and double-digit price increases. In contrast, growth in condo listings far-outstripped growth in sales. Increased choice for condo buyers ultimately led to more bargaining power and a year-over-year dip in average condo selling prices during the last few months of the year,” said Jason Mercer, TRREB Chief Market Analyst.

“Our market performance in December capped off a year for resales that clearly shows a market that continued to thrive even through the challenges of 2020. December sales brought our year-to-date numbers at year-end to within 2% of 2019. There was a slight slowdown typical of December around the holiday season; however, the market continued its overall momentum and remained more active than usual,” states Ottawa Real Estate Board’s 2021 President Debra Wright.

“At the start of the pandemic, we didn’t know what to expect. We had a momentary stall as did most businesses; however, once real estate was deemed to be an essential service, REALTORS® worked with Buyers and Sellers to ensure safety in the process, and the market picked back up and accelerated past all expectations throughout the remainder of the year.”

“When analyzing the year-end figures, what clearly stood out was that although the number of units sold was only slightly higher than last year, the Total Sales Volume topped a record-breaking $10 billion compared to $8.2 billion at the end of 2019. This is, in effect, a stark illustration of the increase in Ottawa property values over the course of the year. For example, in 2019, 35% of properties purchased were sold at or below $400K, while in 2020, only 16% of homes were. The market is certainly exhibiting a major shift in terms of availability in lower price ranges,” Wright points out.

“At the end of 2020, average prices increased by 19-20% over this time last year. In 2019, we saw a 9% overall increase for both residential and condo properties compared to 3-5% in 2018 and 3-7% in 2017. These substantive increases in property prices from year to year can be attributed to a variety of factors: the inventory shortage triggering economic supply and demand realities, the multiple-offer phenomena, the record-low mortgage rates increasing purchasing power of Buyers, migration of Buyers from larger markets with high returns to spend, and so forth.”

“I believe that Ottawa is just coming into its own as a national capital city. As such, it is resilient and sheltered in a way that other markets are not – with consistent government and tech sector employment that is particularly conducive to working from home as our current circumstances have required. We may have been privileged with lower price thresholds in previous decades, but perhaps the market is now beginning to reflect the real estate property values of the national capital.”

“Going forward, I fully expect Ottawa’s resale market will continue to be robust in 2021. There are no indicators to suggest that this is an overheated market – it is simply very active, insulated, and strong. One that has only been mildly shaken by a world-wide pandemic,” Wright concludes.

"Housing demand over the second half of 2020 was far stronger than anticipated and nearly offset the initial impact caused by the shutdowns in spring. Even with the further restrictions imposed in December, it did not have the same negative impact on housing activity as we saw in the earlier part of the year," said CREB® chief economist Ann-Marie Lurie.

Attractive interest rates along with prices that remain lower than several years ago have likely supported some of the recovery in the second half of the year. However, it is important to note that annual sales activity declined by one% compared to last year and remain well below long-term averages.

Reductions in supply and improving demand in the second half of the year have contributed to some of the recent price improvements in the market. However, the recent gain in the benchmark price was not enough to offset earlier pullbacks as the annual residential benchmark price in Calgary declined by one% over last year.

The pandemic has resulted in a significant shift in economic conditions, yet the housing market is entering 2021 in far more balanced conditions than we have seen in over five years. This will help provide some cushion for the market moving into 2021, but conditions will continue to vary depending on price range, location, and product type.

More information about the 2021 housing market forecast for Calgary will be available at the CREB® Forecast on Tuesday, January 26, 2021.

Detached - Stronger sales in the second half of the year were enough to offset earlier pullbacks as detached sales totalled 9,950, just slightly higher than last years' levels. Despite the modest gain, detached sales activity remains at the lower levels recorded since the more stringent stress test was introduced in 2018.

Supply adjustments are causing sellers' market conditions for detached homes across all districts except the West and City Centre. This has helped support some price recovery in the market over the past several months.

Annual city-wide price remains relatively flat compared to last year, but there were notable annual gains in both the South and South East districts which both recorded price gains of nearly two%. Despite some of the annual shifts seen, prices remain well below previous highs in all districts of the city.

Semi-Detached - Sales growth in the North East, North, West and South East district were offset by declines in the City Centre, North West, South and East districts. Sales this year of 1,663 were similar to levels recorded last year.

While sales did not improve across each district, there were reductions in supply across all districts and is helping to reduce the months of supply.

These reductions are starting to impact prices, but it was not enough to offset earlier pullbacks. City-wide semi-detached prices eased by over one% in 2020, with the largest declines occurring in the City Centre, North West and West areas.

Row - Slower sales in the west district were not enough to offset the gains recorded in the rest of the city. Row sales totalled 2,145 in 2020, nearly two% higher than last years' levels. Despite the gains, levels continue to remain below long-term averages for the city.

Rising sales were generally met with a reduction in supply. This is causing the months of supply to trend down, especially over the second half of the year.

The decline in the months of supply was enough to help support some stability in prices. However, the adjustment did not occur soon enough and annual prices eased by nearly two% compared to the previous year and remain nearly 14% below previous highs.

Price adjustments did vary depending on location. The steepest decline occurred in the North East with a year-over-year decline of five%. The strongest gain occurred in the West district with a two% rise.

Apartment Condominium - Sales this month were the best December since 2014. However, it was not enough to offset earlier pullbacks as apartment condominium sales eased by ten% in 2020. This is the slowest year for apartment condo sales since 2001 and the only property type to record a significant annual decline in sales.

Unlike other property types, supply levels have not adjusted in the same way and this segment remains oversupplied. Prices have trended down over the past two months due to excess supply. On an annual basis, the benchmark price declined by over two% this year and is over 16% below the highs set in 2015.

Surrey, January 5, 2021 – In a year when the real estate market was at a standstill for months due to COVID‐19, total annual sales in the Fraser Valley still finished 12.4% above the 10‐year average due to unrelenting, pent‐up consumer demand during the second half of 2020.

In December, the Board’s Multiple Listing Service® (MLS®) processed a staggering 2,086 sales, the strongest December on record and 81.2% above normal for the month. New listings in December, were the second highest on record at 1,502. By month’s end, active inventory finished below typical levels, at 3,949 units.

Chris Shields, President of the Board, observes, “The pandemic upended everything in 2020 and how the real

estate market responded to it was nothing short of remarkable. No one could have anticipated a six-month stretch as we’ve just experienced. Typical seasonal cycles did not apply, how we conduct business had to change to keep the public safe; and most unexpected, has been the unwavering demand for family‐sized homes in our region and so far, there is no sign of it slowing down.”

2019. As with annual sales, 2020 saw the fourth highest volume of new inventory for the Board in the last decade.

Baldev Gill, Chief Executive Officer of the Board, adds, "Although listing volumes appear healthy, our region’s current overall inventory is 28% below normal. For those who have been thinking of selling but have held off due to the pandemic, the industry has mastered how to keep consumers safe using technology and strictly following provincial health guidelines. Ask your REALTOR® if now is a prudent time to list because the market currently is favouring sellers.”

Single Family Detached: At $1,079,500, the Benchmark price for an FVREB single‐family detached home

Townhomes: At $576,200, the Benchmark price for an FVREB townhome increased by 1.1% compared to

Apartments: At $438,300, the Benchmark price for an FVREB apartment/condo increased 0.6%

Knowing the value of your home is a crucial step in determining the right time to sell or re-finance your home. Call me today for no obligation Free Home Evaluation